To understand the formation of stars and planets it is crucial to first determine the characteristic timescales that describe each stage of protostellar growth. Classification of major phases and durations of protostellar evolution first began more than 20 years ago, based on spectral energy distributions (SEDs) whose main component is dust emission from circumstellar accretion disks and envelopes. Whilst successful in determining global properties, dust-based proxies alone cannot detail protostellar growth, as they are prone to large uncertainties. Timescales derived from protostellar population-statistics therefore remain dubious. It comes therefore as no surprise when recent, high fidelity, data indicate that our yardstick has been too long: planets seem to form much earlier than assumed and most likely synchronously to protostars. In the FFG funded project PROTEUS we argue  that it is imperative to readjust the standard classification scheme and its characteristic timescales to reflect the much more complex processes that regulate the formation of stars. These processes include (i) the mechanical feedback through mass, energy and momentum transport, both inwards, via mass-accretion, but also outwards, via the action of jets and outflows and (ii) the influence of radiation originating from shocks along the mass-flow channels and the activity of the protostar. The PROTEUS project aims to unify a significantly improved SED classification scheme with one derived from reverse- engineering the feedback processes that mainly reflect in the excitation of gas, in an effort to derive independent criteria that will describe the coevolution of all major structural components involved in star-formation. PROTEUS will primarily exploit unpublished data from ESA’s Herschel space observatory, complemented with data from other space- and ground-based facilities, to provide a more robust classification scheme that will place stringent limits on protostellar evolution and inferred timescales. 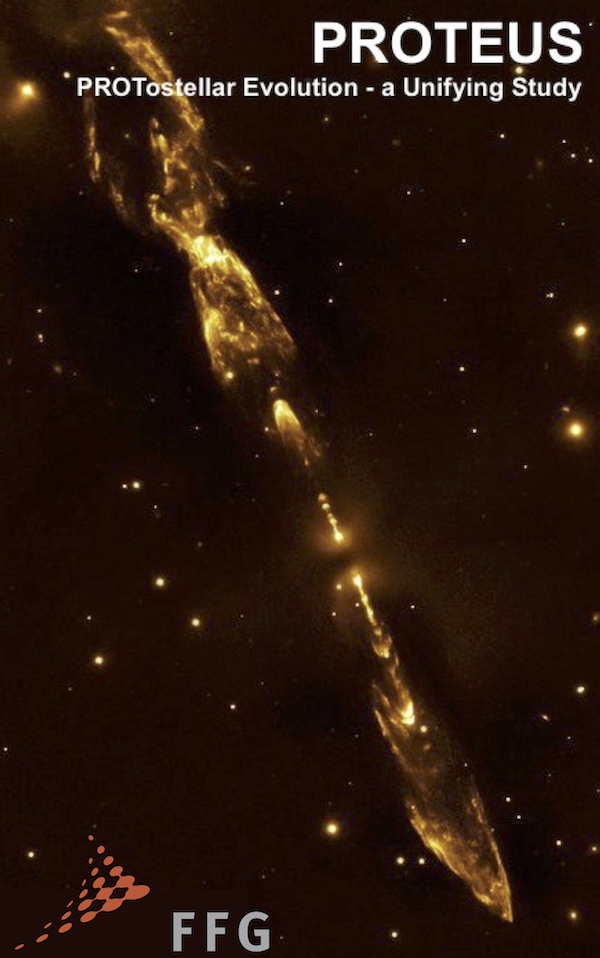